My Highlights: Blackboard Teaching & Learning Conference 2018
Highlights include individualised learning paths and AI from Keynote speaker Volker Hirsch; Analytics to measure student engagement; Blackboard Ultra on SaaS; Blackboard mobile apps (student and instructor); Turnitin due dates in the Bb app; how the student voice was a change maker for Sheffield’s VLE; the grade journey with Westminster; Blackboard Ally for accessibility and finally my own Learning to Learn… Seamlessly presentation that addresses the shortfalls in DSA and how UCA has responded.
14 April 2018

The Good, The Bad and The Ugly in Learning Technologies
In it’s 18th year, Durham’s Blackboard User conference is still the best on the annual calendar. Lots of great stuff shared and as always returned home full of ideas for my practice. Read my conference highlights about Staff Development and Digital Competency at National University of Ireland, Real-time Video Conferencing with Collaborate Ultra by the University of Northampton, Online IT Induction for Pre-Arrival Students at GCU, Electronic Management of Assessment from Aberdeen and Reading University and finally Blackboard Managed Hosting – One Year On by City College Norwich
12 January 2018

Online Assessment – a marriage between Registry and Faculty
Presented at the Durham Blackboard User Conference 2017, my paper unpacks why UCA took the decision to give Registry responsibility for setting up all online submissions and assessment forms via Turnitin, and how myself and fellow Learning Technologist Tony Reeves acted as broker to facilitate such a marriage.
20 February 2017

Sector spotlight on the Blackboard Mobile Apps – Bb Student and Mobile Learn
The Durham Blackboard User Conference 2017 was themed around Assessment and Feedback. However for me, discussions about the student mobile experience stole the limelight. Find out what the Blackboard community of Mobile users are experiencing in their frank revelations.
12 January 2017

Workshop Outcome: Tackling 1st year student engagement with TEL & VLEs
Specifically designed to sound out TEL folk across the sector, the workshop explored what they might want for their 1st year student experience and explored ways in which institutions prepare learners for study. Overall outcomes demonstrated that educators need to be more proactive and prescriptive in advising learners what tools/apps they should use to enhance learning.
25 January 2016

Reflective formative spaces moulded around course pedagogy
By integrating the student’s private feedback areas within the university’s virtual learning environment (VLE) using Campus Pack, staff and students can access a ‘trail’ of feedback – all in one place thus ensuring students and all the teaching support teams have 24/7 remote access.
15 January 2015

Web Literacy in Academia – Durham BB 2015 Conference
Taking a closer look at web literacy with Mozilla’s Doug Belshaw – he proposes Radical Participation will address the issue – how realistic can this be when academics are expected to teach, assess, produce research outputs, review course programs, manage staff and recruit new students etc etc. Perhaps the introduction of student TEL ambassador scholarships would help to balance the workload and retain currency in the pedagogy.
14 January 2015

Students as Partners – Durham BB 2015 Conference
The educational experience a student today gets is very different from the one their tutors and teaching staff received as undergraduates. The concept of students as partners may seem strange and some students might indeed ask why they should be partners when paying 9k a year for a course program that is partly conceived by their peers…
14 January 2015

Highlights from Blackboard’s L&T Conference 2014 – Dublin
These include the use of Turnitin’s PeerMark for peer review in South Africa, digital literacy from Regents University, the use of TEL from Sheffield Hallam and what’s new in the sleek and simplified Blackboard of the future…
14 May 2014

Sharing Practice at JISC’s SETS 2014
Last week, I had the pleasure of attending and participating as a finalist in SETS (Southeast Technology Showcase), JISC’s annual awards scheme, designed to identify, promote, reward and disseminate the best e-learning practice taking place across the Southeast of England (SETS was formally known as the HiFi Awards)…
8 April 2014

GLAD Conference 2014 – my thoughts
For those of you who don’t know about GLAD, it was established in 1990 as a grass roots network to improve student experience and stimulate debate in art and design education. This year’s conference theme looked at the studio and what it means to a student in 2014…
7 March 2014

Communities of Learning
Studying an OU module by nature is situated within a group of learners and tutors which naturally evolves into learning community. The success of such a community is dependant on the group dynamics such as how the forum activities lend themselves to discourse, how the tutor draws out discussion and the ability and confidence learners have to engage with such discourse…
24 January 2014

E-Learning Strategy
I’ve been searching the web looking at elearning strategies and come to the conclusion they represent a set of ideas and aspirations of where elearning may go. UCL’s elearning strategy (Prezi version) begins to address some of this thinking…
12 December 2014

Social networking – technologies with the most promise for educational application
Social networking technologies are not the panacea for all education methods and do not replace traditional face-to-face teaching/learning, but they do provide an additional format to work together and engage learners who might otherwise not be interested (Johnson & Dyer 2006)…
10 June 2012

To prep or not to prep: supporting newcomers to online learning
Studying an Open University module by nature is situated within a group of learners and tutors, this naturally evolves into learning community…
3 June 2012

What technology are students using?
Interesting discussions are happening everywhere around how students are using technologies. It seems students no longer refer to the notion of ‘The Librarian’ but the ‘Lady in the Library’ as the video below shows…
25 March 2012

Wiki Wonker Tool Factory
Perhaps Wikipedia depicts best how wikis work as a collaborative platform to collect and share knowledge. Indeed they provide opportunities for groups of people to build many kinds of information sets. From my own experience, here’s how wikis can be used within a university’s VLE (virtual learning environment)…
21 March 2012

Elearning concepts and themes
Elearning is a more undefined way of learning whereby the exploratory path holds a broader transition into unknown areas. The tools have new terminology alongside the product… lurking… blogging… virtual classrooms and so forth so that is why we think of elearning as a distinct discipline with a need for its own concepts and vocabulary?…
16 February 2012

Exploring Innovation in E-learning
– DOES AN INNOVATION HAVE TO BE USEFUL?
– IS IT ALWAYS DISRUPTIVE?
– DOES IT LEAD TO FAR-REACHING CHANGES IN PRACTICE?
– HOW DOES INNOVATION COME ABOUT?
12 February 2012

Typesetting, Typeface and Dyslexia
Typesetting is an old word now, but I’m trying to describe a mix of uppercase/lowercase alpha characters alongside numerals, so for now I will refer to typesetting because that’s what we do when we apply these to a page…
1 November 2011

The side of Twitter I don’t understand
I found this animation by Current News which takes a satirical view of Twitter and the ways people use it. It shows a side of of this technology that I can’t understand, meaning why do people even bother broadcasting their banal life to others, what exactly is the point?…
20 August 2011

Personal Learning Environments
Personal learning environments begin with the interface you are using, so for example my mobile PLE will have different uses to my laptop PLE, and my desktop PLC is different again as this is purely work related…
13 August 2011

Lectures – what’s the problem?
I’m frankly fed-up of hearing about how boring students are finding their lectures (Anderson 2003) and how laptops should be included along with iphones, twitter etc. When I was at university, I really enjoyed 95% of my lectures and I considered these as something unique to my learning experience…
4 August 2011

Institutions and new technologies – never the twain shall meet
Sometimes I wonder at technology and all the fuss it causes… just as things are running smoothly, along comes another technology ‘we simply must have’ and everything seems to become extremely difficult…
30 June 2011

How can Twitter be used well in the classroom?
I’ve been searching around for really good examples of how Twitter is used in education and found the following video which hears the students viewpoints as well as the teacher…
18 June 2011

Drivers in educational reform
I believe technology is a cause to reform, it’s something education has little power over and if we choose to ignore it, we will be in denial of the real world…
5 June 2011

Response to Wesch’s vision of students today
As the world changes alongside technology, the role of the teacher has to change with it. Students’ attitudes are also changing towards their education with many appearing to take a casual approach…
5 June 2011

Promoting new technology
This was so good, I had to share: AND THE MOST TERRIFYING OF ALL…
17 April 2011

Cloudworks
A place to share, find and discuss learning and teaching ideas and experiences…
27 March 2011

Educational Benefits to Ugly Fonts
Neuroscience blogger Jonah Lehrer discusses his own gut feeling that we remember ugly fonts much more easily. Research reveals that students tend to learn better when learning is made harder, specifically when using a font that is more challenging to read…
8 February 2011

Socio-cultural theories
Learning is mediated, situated and distributed from a range of interactions and processes that include a range of learning theories as table 1 illustrates…
7 April 2010

VLEs in 2010
Having just written my H809 TMA entitled Expectations of VLEs in 2010 it’s a relief to have a life again albeit for a week or so until it’s back to the grindstone.
14 March 2010

How are VLEs used?
I’ve been pondering this question for some time now and think I’ll use it for my TMA01. I’m not so convinced every institution uses VLEs as intended. Moreso, I believe some are used as glorified and very expensive document systems…
9 March 2010

H809 – 3 weeks in
So far the course is teaching many new areas that were previously a mystery. Things such as academic search engines, citation tools and the number of cited references a paper has…!
27 February 2010

Getting Ready for H809
Saturday is the start day for H809, namely the OU course in Practice-based research in educational technology, sounds boring I know but it will hopefully show me far better research techniques than the ones I currently practice…
1 February 2010

What is CMALT?
I’ve been researching into CMALT: Certified Membership of the Association for Learning Technology and just what’s involved. So here’s some information…
14 November 2009

Reflection & learning
Some of the reflective exercises I could relate to, some not. In fact some went way over my head but that’s academic writing for you – it’s not clear or straight forward – always has a twist, take David Kolb (1984) and his cycle…
14 November 2009

We don’t call it Blackboard
I’m currently trying to figure out how Blackboard 9 works, how it can be manipulated and best served up to the UCA community at large…
15 September 2009 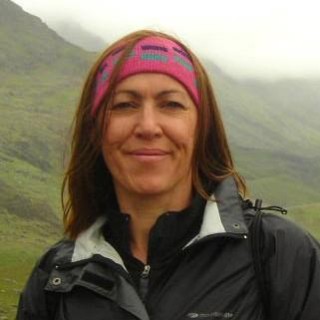 Formally trained in visual communication, my career route has taken me into web design, teaching and learning technology. My expertise and interest lies with using technology to create effective activities, environments and resources to enhance learning. Within the area of digital literacy, my research looks at the advocacy of self-directed learning using a constructivist approach that promotes the use of self-paced and just-in-time learning.